A great weekend of racing in the Junior Saloon Car Championship 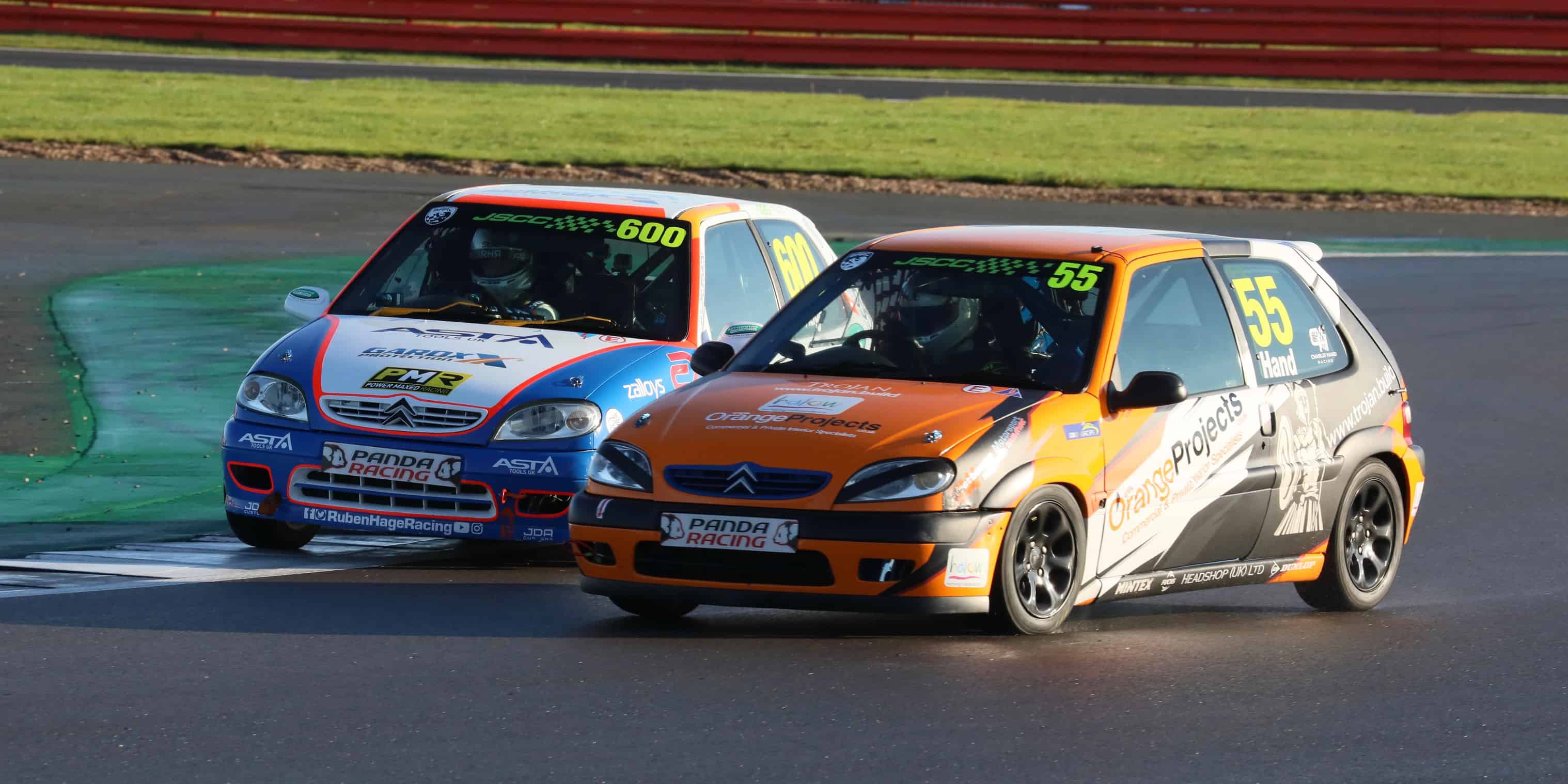 It was great to see Ruben back on track and in the lead group again @ Silverstone International.

After equalling his personal best with P3 in qualifying, Ruben got a poor start off the line and dropped down to 6th place. After some close battling in the mid pack, a move at the end of Hangar Straight for 5th place didn’t work out, resulting in Ruben running wide on the exit of Stowe and dropping to 9th. Over the remaining 6 laps Ruben pushed hard in a close pack and retook another 2 places to cross the finish line in a credible 7th place from the 23 starters, earning some valuable points after the disappointment of Mallory the previous month.

Starting P3 again, Ruben got a lot of wheel spin off the line due to oil being dumped on the start line from a previous race. Now in P7, Ruben knew he had a lot of work to do to catch up to the front pack. After many laps of hard battling, Ruben managed to catch up to the 3rd place battle and after some misfortune of the car in 3rd, Ruben moved up to 4th place. Now coming onto the second to last lap, Ruben was side by side for a podium position. After constantly swapping places with some close door to door battling on the final lap, Ruben just missed out on the last podium position by a car’s length.

So close to getting the first podium of the season, but he was very happy with 4th.

An excellent amount of points over both races see’s Ruben return to the top 5 in the championship with just two rounds remaining.