Esmee Hawkey bounces back from qualifying incident to take victory

Esmee Hawkey remained in the lead of the Porsche Carrera Cup GB Pro-Am championship standings after a difficult weekend at Knockhill in Scotland – the second half of tough back-to-back race meetings.

It was made even more difficult for the 22-year old when, on a late flying lap in qualifying, she came upon slow cars at the circuit’s fastest point. Two of those moved aside, but the third failed to yield and, in taking avoiding action, she went off track and suffered heavy damage to her Porsche, though thankfully escaped harm.

That meant a busy night for her crew at Team Parker Racing who fought to repair the machine ahead of an early first race on Sunday morning, where she started alongside team-mate and championship rival Ryan Ratcliffe, who managed to get the jump on her at the start.

However, Esmee quickly regained the spot on the twisty and undulating Scottish track, which she then held for the duration of the 32-lap contest, claiming her fifth victory of the season.

Unfortunately, things did not go as well later that afternoon for race two, as mechanical gremlins caused her to pit and, with a short lap, meant she lost a lap to her rivals. The team got the car back out, but she could finish no higher than third, claiming valuable points to remain in the lead of the Pro-Am championship.

Esmee will now enjoy a short, three-week break in racing, before the series returns to action at the high-speed Thruxton in Hampshire over the weekend of September 18-20, the first of another pair of back-to-back meetings.

Fans can continue to race alongside Esmee throughout the season by becoming a Silver Supporter, which not only earns an Esmee Hawkey signature cap and autographed photo, but also means their name is displayed on the roof of her Porsche 911 GT3 Cup Gen II machine.

Supporters will also be entered into a draw to win hot laps with Esmee in either her Carrera Cup Porsche 911 GT3 Cup car or a Porsche Cayman 718 GT4 Clubsport. Head to www.esmeehawkey.com for further details. 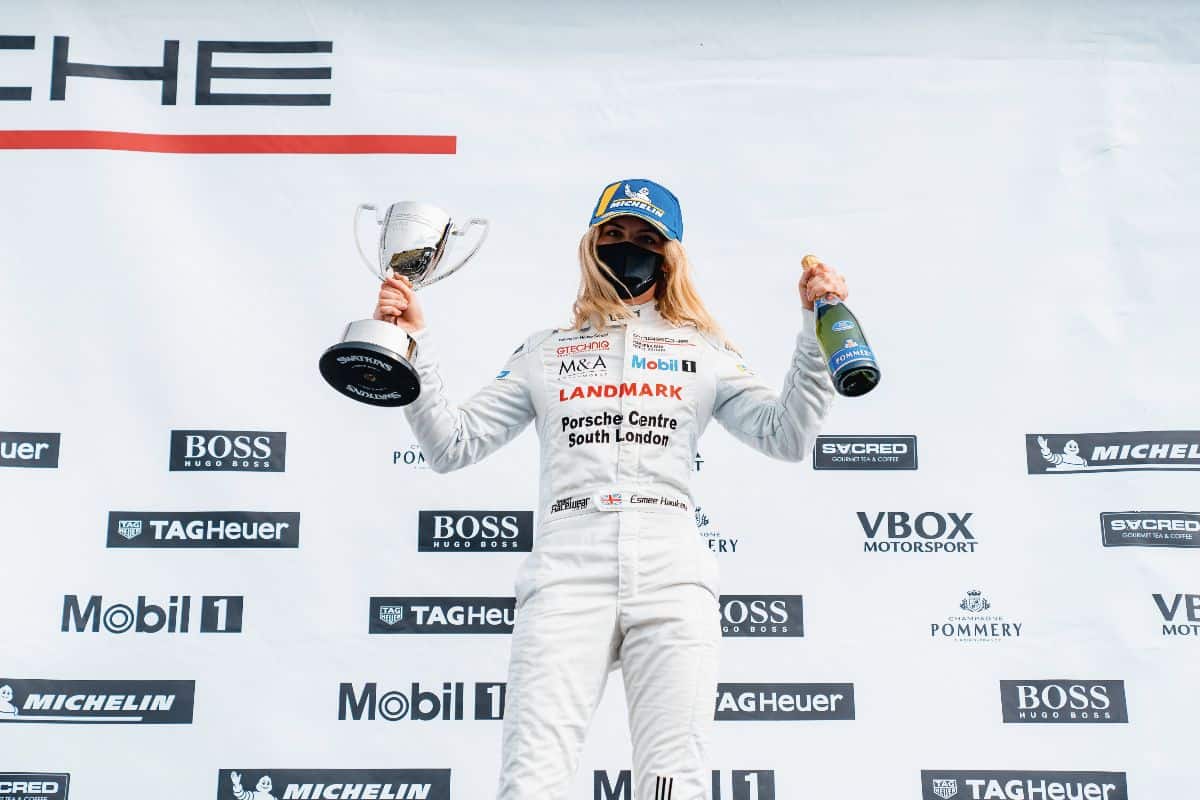 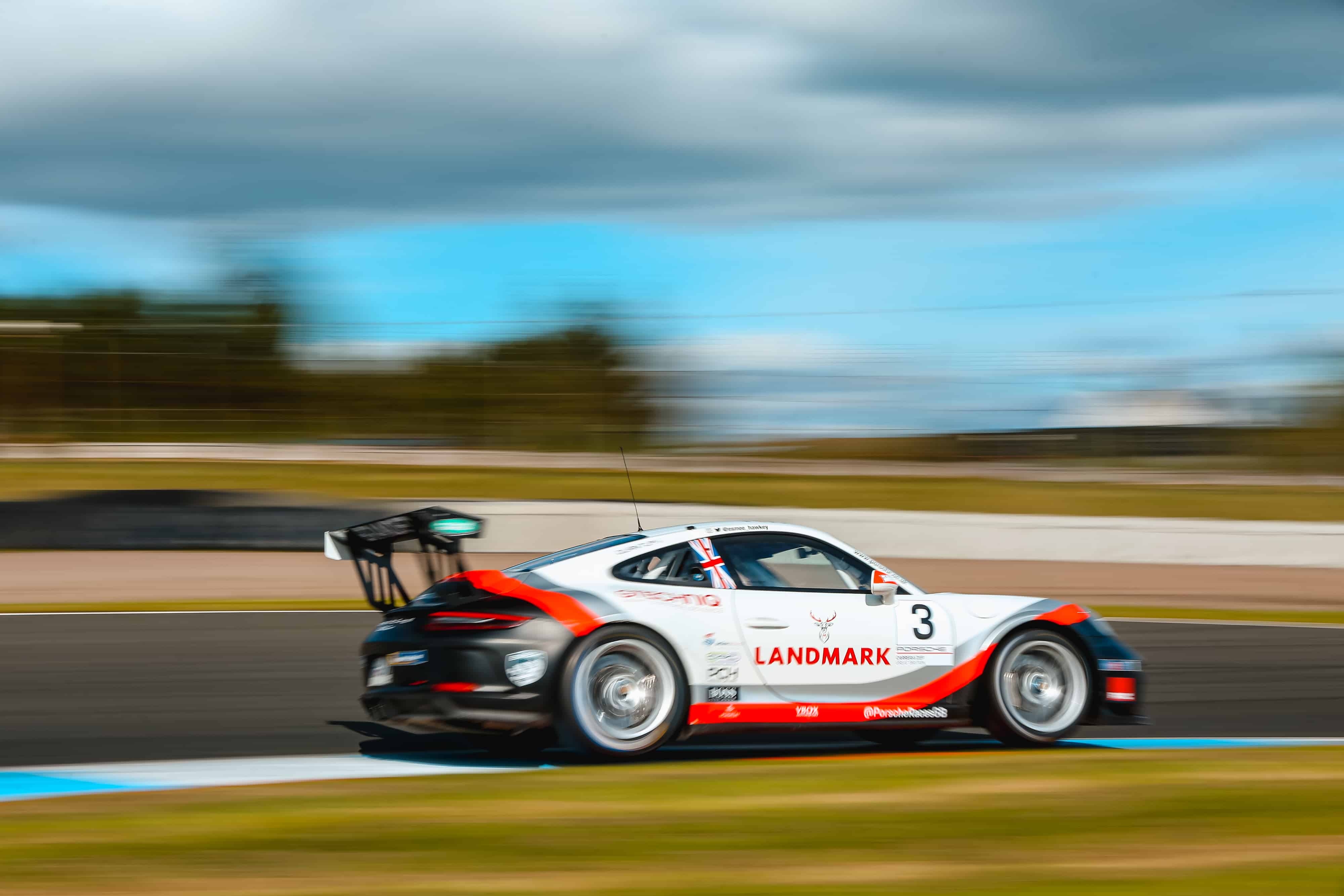 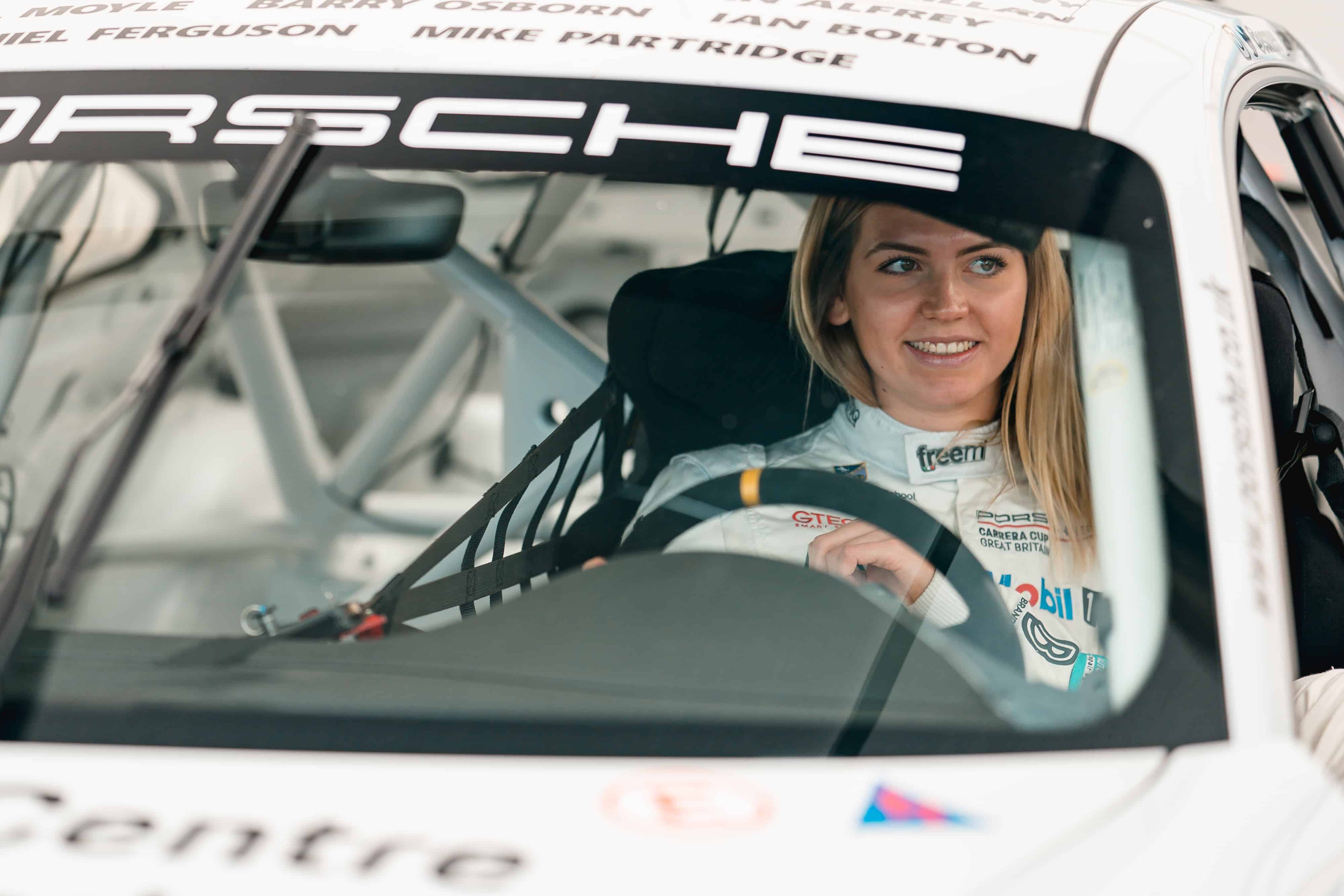 “Things were looking positive in practice – I was fifth in FP2, so I was hoping for a good result as we knew we could finish high up and that was our aim. The time on the first set of tyres was alright but the pressures weren’t quite right, so we made a change for the second run. We went out too early so on my second flying lap Pro cars were going down the back straight, weaving and getting their tyres up to temperature. Two of them saw me and I thought the third did as well but unfortunately, they didn’t so I had to take avoiding action to not hit them and had a bad crash because of it.

“The boys worked really hard and got me out for race one on Sunday. It wasn’t an amazing race, but I finished first in Pro-Am, so I was really happy to get the points for the championship over Ryan. We didn’t have the pace to fight with the Pros and I am wanting to get into the top five, but the car didn’t feel as good as it had, so maybe there were some things still not quite right from the crash.

“We then had a mechanical issue for race two. From the first lap there were horrible sounds in the car and during shifts it didn’t feel right, so I came into the pits and then nursed it around to get points and avoid a DNF, so it wasn’t a great weekend.

“The season started well with us running with the Pros and finishing on the overall podium and that’s what I want to be showing on track, but it has gone a bit downhill over the past two meetings at Oulton Park and Knockhill. When you have a bad incident on Saturday it catches up with you and affects the whole weekend. The team will look into it, fix it, and we’ll go again for Thruxton.”