An amazing experience for Esmee

As part of our sponsor programme we thought you’d love to hear the latest from the the talented racing driver Esmee Hawkey, as she turned her first laps in British Touring Car Championship machinery yesterday (July 8) after taking part in the official tyre test with MB Motorsport accelerated by Blue Square.

Having been announced as Official Development Driver for the team earlier this year, the 22-year-old had to wait to climb behind the wheel during the COVID-19 pandemic but described her first laps as “an amazing experience,” as she became the first female to take part in an official BTCC session since Fiona Leggate in 2007.

Taking over driving duties in one of the teams’ Honda Civic Type R cars, the Kent-based racer completed 41 laps during the second day of the test, contending with difficult conditions at a wet Snetterton circuit to finish just two places behind team-mate Sam Osborne in the final classification.

Despite being the first time Esmee has driven a front-wheel-drive racing car, she made steady progress throughout the day, working with colleagues Osborne and Jake Hill, to improve her lap times in the changeable conditions.

Having added BTCC machinery to an impressive CV which boasts time in the W Series, Esmee will now focus on the opening rounds of the Porsche Carrera Cup GB at Donington Park over the weekend of August 1/2, where she will line up with successful outfit Team Parker Racing as she aims to secure the championship title. 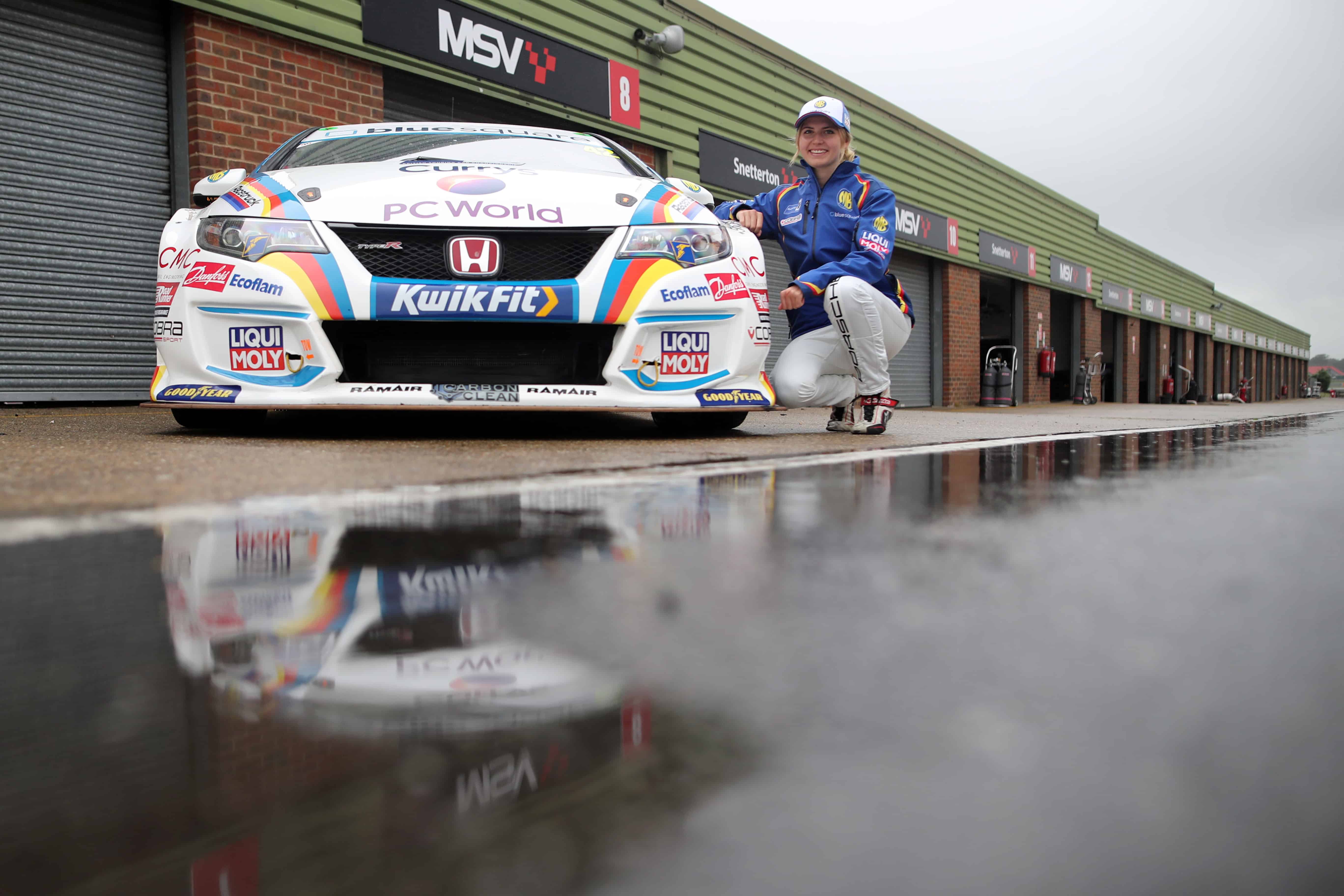 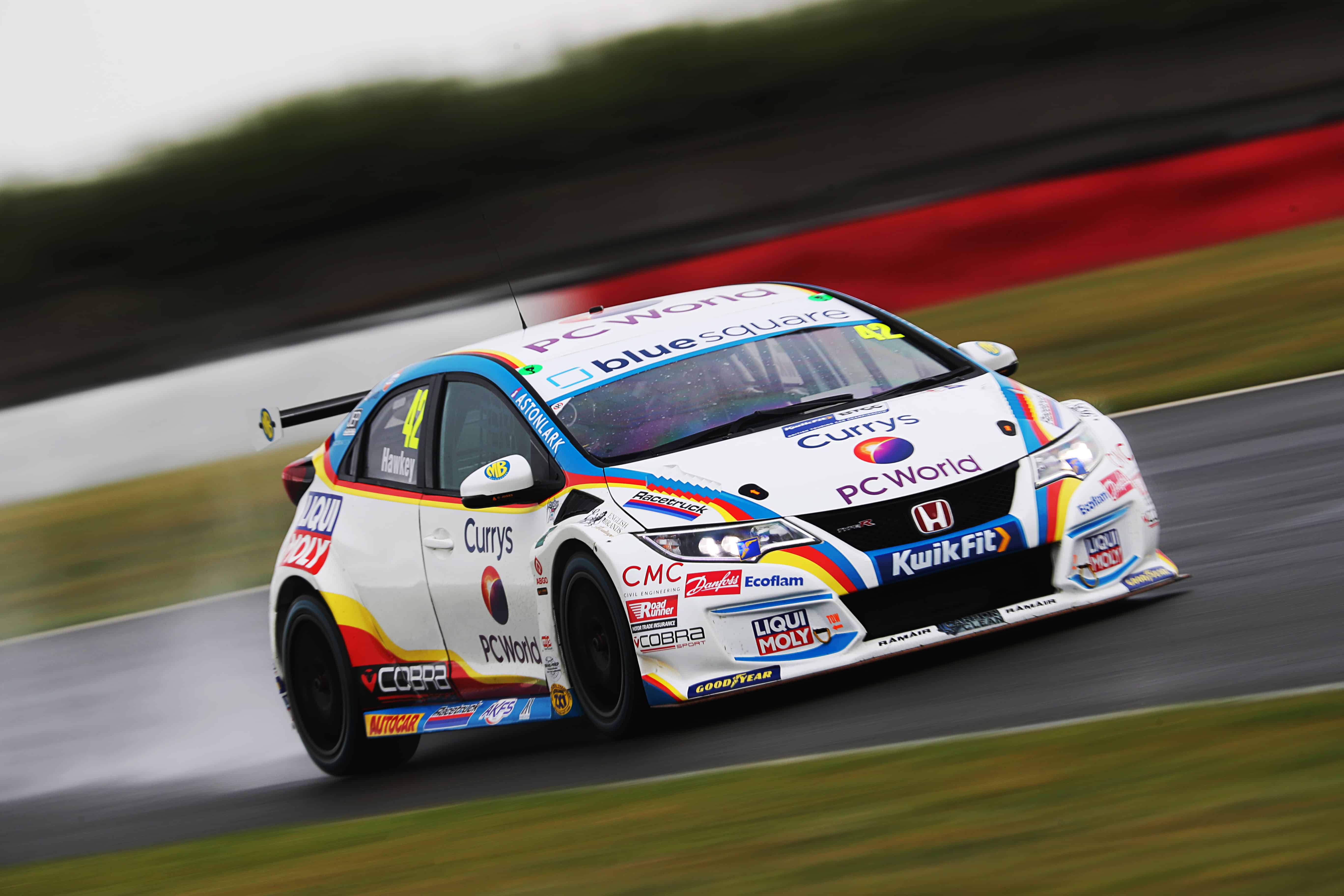 In Esmee’s own words…
“I wasn’t really sure what to expect but sitting down with the engineers and Jake made me feel confident. The plan was to build up slowly throughout the day and I was finding a lot of time each time I went out. I really got to grips with the Honda Civic Type R and actually put in quite a decent lap time, so it was an amazing experience for my first time in a BTCC car.

“I was thrown in at the deep end as not only was it my first time in a touring car, and front wheel drive car, but I was also having to learn all of it in the pouring rain! For my first session it was absolutely torrential and there was so much standing water, so it was a bit of a shock to the system. It was really fun, and I would love to be able to experience it in the dry as well. It was actually the first time I’ve been in a racing car since the lockdown so there were a lot of emotions.

“Where I’ve come from, having started in karting, going into Ginetta Junior, and then into Porsches for the last five years, has been an amazing journey and to be the first female in the BTCC for 13 years is really cool. It was a privilege to be announced as Official Development Driver for MB Motorsport accelerated by Blue Square. It was great to join everyone at Snetterton, talk to Jake and Sam and learn from them and their experiences in the Honda, and to work with Craig the engineer who was brilliant.

“We really worked well together throughout the day and we ended up making a few setup changes, so it was really good for me to get so much knowledge from everyone in the team and work well with them. I’m really excited for the future and learning more and more while spending time with the team during the season.”